Houston! It's the fourth largest city in the US and home to over 6 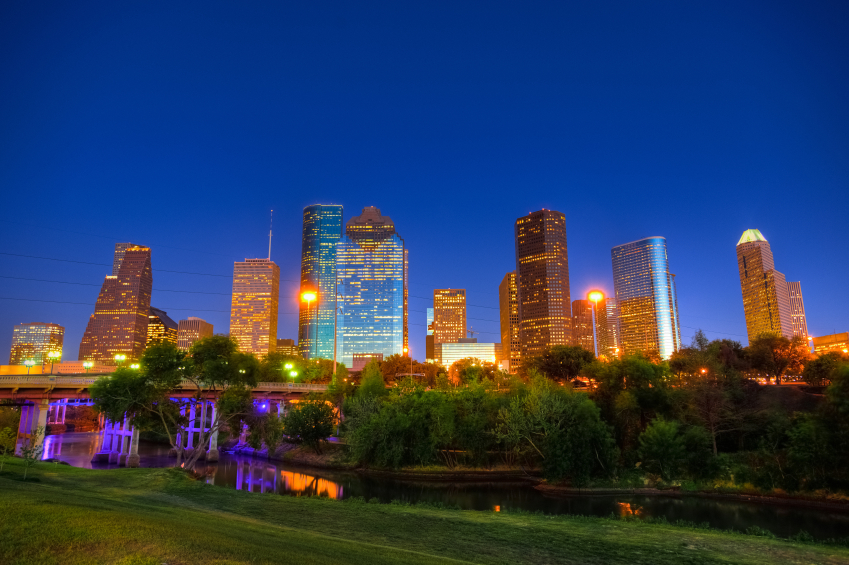 million people. It's a multicultural, cosmopolitan city abound with great restaurants, a bustling nightlife, major sports teams, a world renowned medical center and a fabulous sense of culture with museums, entertainment events, historical areas and more! Situated 45 minutes from the Gulf Coast, Houston has a nearby beach, Galveston, and enjoys the many advantages of being one of the nation's port cities.

Houston is considered to have one of the best culinary scenes in the country, with over 10,000 restaurants representing more than 70 countries. H-Town (as the locals say) also has more than 500 institutions devoted to the performing and visual arts, science and history. It is one of only a few U.S. cities with resident professional companies in the four disciplines of the performing arts: ballet, opera, symphony and theater. You will never be bored in this city!

Greater Houston is now the most ethnically diverse metro region in America. In Houston, over 90 languages are spoken and it has among the youngest populations in the country.  In fact, Houston consistently ranks highly for attracting Millennial talent - that's Gen Y - those who are between 20-35 years of age.Millennials are drawn to Houston not only because it holds the No. 1 spot of Forbes' Coolest Cities list, but Houstonians enjoy a lot of bang for your buck when it comes to the standard of living. Reasonable rent, strong income levels, a growing economy and lots to do make our urban and chic city a top destination for talent. Houston also leads the nation in job creation and is home to 26 Fortune 500 companies. Come experience southern hospitality at its finest!

Fun Facts About Houston From the Greater Houston Partnership

Why We LOVE Houston

H-town is where I grew up so it will forever be "my town" with its humid summers, mild winters and its shortest but sweetest seasons of all - spring and autumn. What, we have those two seasons!? Houstonians speak my language - optimistic, innovative, energetic, hospitable, prosperous and gritty. Go Coogs, Texans, Rockets and 'Stros...Houston is #1.

The cost of living in Houston is lower than other big cities. It is a great place for young people to work and save money at the same time.

I love living in Houston because of the diversity of culture found here in all of the different neighborhoods.

Anthony Bourdain (CNN's Parts Unknown) on Houston: "It's a wonderland of strange and diverse."

WANT TO JOIN OUR TEAM?