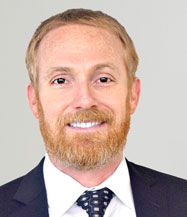 BBA in Accounting, University of Houston

"I am fortunate to have the opportunity to learn from others, see differing points of view and assist in solving problems all from an environment that capitalizes on teamwork while maintaining focus on our goal of serving emerging companies and their owners."

Steven is an Audit Partner at MaloneBailey, LLP. His experience includes twenty years of audits of commercial enterprises with an emphasis on public companies in industries such as biotechnology, high tech, oil & gas, construction, manufacturing, telecommunications, real estate and other service industries.

In 1999, Steven began his professional career with MaloneBailey, LLP as a staff accountant and through his hard work and dedication he became a member of the management group in 2004 and a partner in 2007. He participates in training and development of the staff and is well versed in handling SEC and private audits and quarterly interim reviews. His strengths include quality control, leadership, attention to detail, consistency, thoroughness and business practical solutions.

When he’s not working, Steven enjoys spending time with his family: his wife, three daughters and five rescue animals. Spending time at the beach or enjoying outdoor activities at state parks and zoos are some of the family favorites. An avid outdoors guy, Steven’s hobbies and interests include bicycling, motorcycles and firearms.

"Steven Vertucci and his team at MaloneBailey are vastly superior to the auditors we’ve used in the past."